While most people were content on this, Independence Day, to watch the various outdoor fireworks displays, I decided to enjoy some indoor "fireworks". Wow, two of Chicago's best bands on one bill together. Naked Raygun were on first. They really performed a well-oiled, tightly knit set. This is definitely artistic (not arty) punk at its best. And they did everybody's favorite numbers, including "Bomb Shelter", "When The Screaming Stops", and the jazz-flavored number "Libido". I swear their vocalist, Jeff, must be made out of rubber the way he jumps around and bends and twists all over the place like a madman. This is one band that definitely gets better every time you see them, especially with their new guitarist/saxophonist, and I highly recommend that you do see them. Naked Raygun are a very original band in every sense of the word, and maybe that's why they're so damn good. If this performance was any indication of what their album is going to be like, I know it's going to be a killer. Next up were THE band from the Windy City: The Effigies. Without a doubt, The Effigies ren the best hardcore band around this area. I still can't believe the energy this band emits on stage. Just about everybody in the whole place was moving around to the music, either on the dance floor, or anywhere there was room really. It's understandable, cos you'd have to be stone cold dead if you didn't react in one way or another to this group. Their set was about an hour long, which was just fine with me. They did all thhe songs from their various recordings, as well as some new material, especially this one song, "War Machine". Personally I think the next vinyl the Effigies put out should be a live album. It would be great. This was definitely the best gig I've been to so far this year. (And, no, it's NOT biker music, you moron.) And you thought M-80s made a lot of noise? (******) 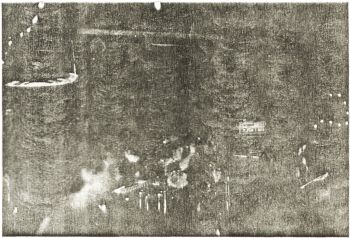 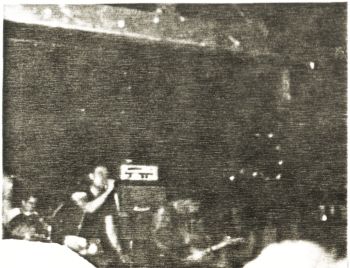