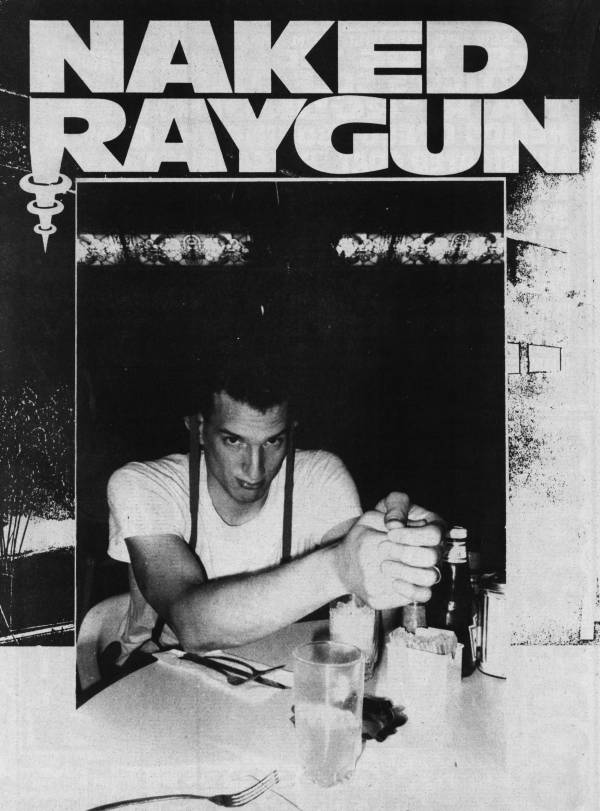 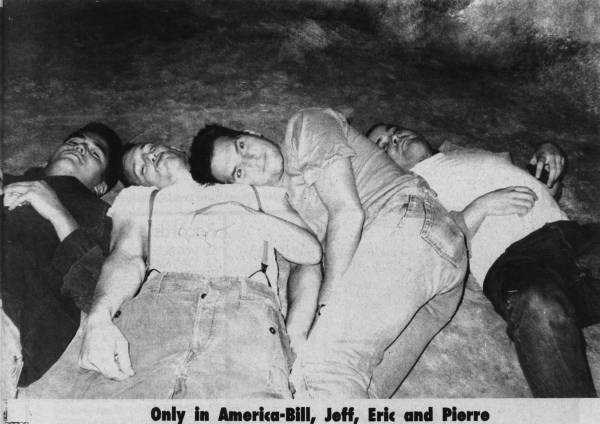 This interview took place in Chicago at the end of September, 1990. The latest Naked Raygun line-up talked to us after a demanding photo session at the studio of Marc Harris. The interview was held at the Golden Apple on Clark St, where the band downed what was obviously a much needed meal. While talking about touring, the merits of football and baseball stadiums Thomas tried unsuccessfully to keep some kind of focus on this interview. 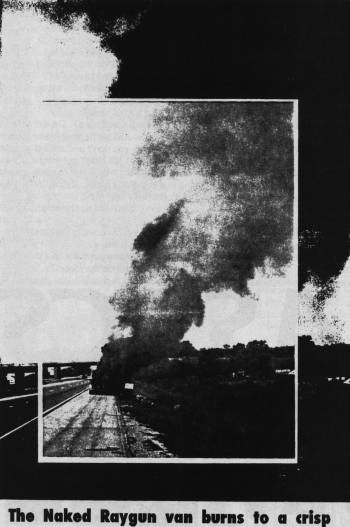