And lastly, I still need a few items to complete my Effigies collection. Anyone with original copies of the following items should email me post-haste! 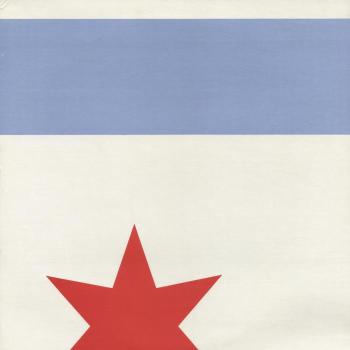 I wish I could remember where I read this, but I think there were 2000 of the first pressing. The reissue on Enigma (October 1983) is just as hard to find as the original, so I'm skeptical of anyone who says it sold tens of thousands of copies. 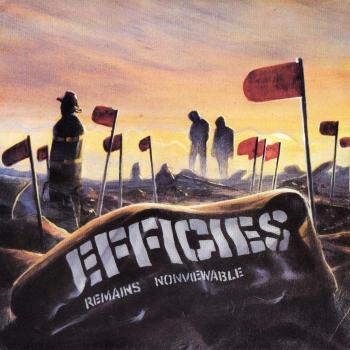 As of September '82, this had sold 2400 copies, and it was still in print in late '83, so there are quite a few floating around. I've heard that the first pressing had a lyric sheet. My copy had two inserts, and the only lyrics are printed on the B side label. Does anyone have a copy without the sticker over the original address? 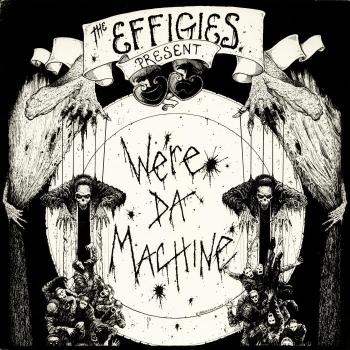 Only one pressing. As far as rarity goes, this is the hardest of the bunch to find. Does anyone know if there was a press kit or other promo material (other than the poster) for this release? 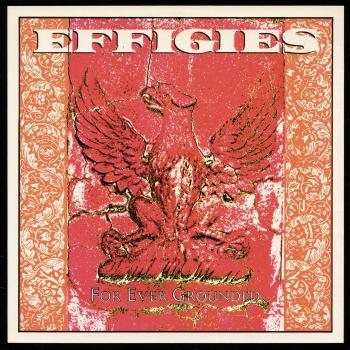 Smile! / A Tight and Blue Cut / Silent Burn / Patternless / What's the Beat / the Infiltrator // Hand Signs / Rather See None / Coarse in Vein / Mob Clash / Something That...

When I first started burning my vinyl onto CD, the first two records I did were this and Zen Arcade. This came first. As far as hardcore LPs go, I think the only real competition is from Negative Approach's first LP. There's nothing, and I mean NOTHING out there that can touch this.

Several thousand of these puppies out there. I figure there has to have been a press kit or promo poster for this release, but I haven't run across one yet. 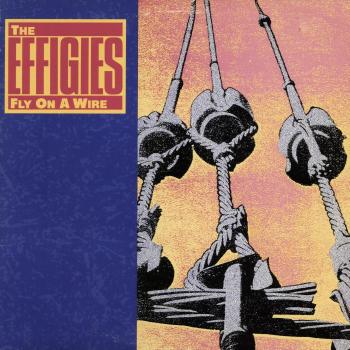 FLY ON A WIRE ALBUM

The Effigies' post-punk record. I honestly can't think of it in any other terms. It's still loud, but it takes a lot of cues from the more successful post-punk/new wave bands. That was enough to alienate most of their hardcore fans, but the band were still too raw to make waves with the new disco crowd. In terms of quality, about half the record's fantastic, intelligent rock, the other half is kinda dated, uninteresting, dancewave shit. I pull this out two or three times a year to listen to it. 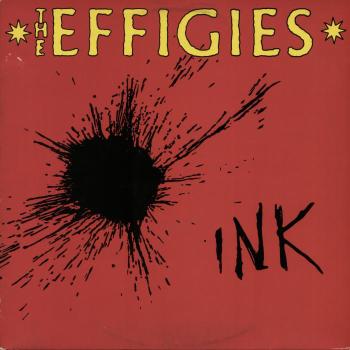 This record is solid--it's got a consistent, coherent sound, the songs all mesh nicely, and there aren't any outright duds, but it's also not very interesting. Let me put it this way, I pull this out at least once a year to listen to it, simply because I end up scratching my head, wondering why I can't remember any of the songs. This stuff sounds really good--O'Connor's dense, textured guitar has moments of Stooges-like power--but it just doesn't have the staying power of the Effigies' earlier material. 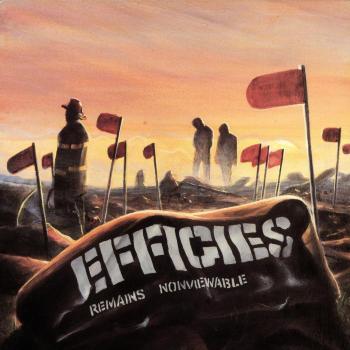 LP went through only one pressing? About 2000 copies floating around out there.

Terrible, terrible sound quality. While the VMLive idea is great, in practice it was a complete failure. Not a single one of the VMLive records is worth buying, even when they've been collected on one $10 CD.

Unlike the rest of the VMLive series, this isn't available on CD. 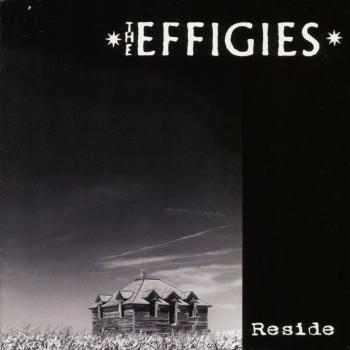 Musically, it's midway between Forever Grounded and Fly On A Wire. A good album, but not the crushing follow-up I'd been hoping for.

I haven't bothered creating an entry for Enigma Variations since the cut there is lifted straight from Fly On A Wire. 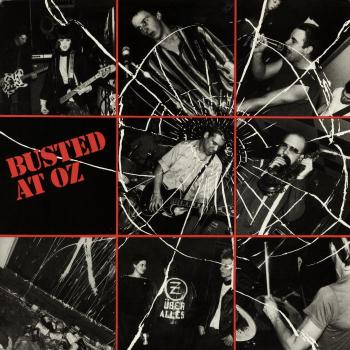 Excellent live LP. With the exception of Silver Abuse (dull jokey stuff) it's all rippin' punk rock. The Effigies were already a fully formed, mature band, at this point. Play Quota next to the Machine version and you'll see that. 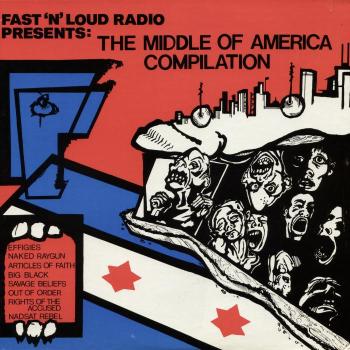 NAKED RAYGUN: I Don't Know / Stupid / SAVAGE BELIEFS: Shake your Neighbors Hand / Double Standard / NADSAT REBELS: I am the Wall / Getting Ready / OUT OF ORDER: Survival of the Fittest / Concerned // ARTICLES OF FAITH: 5 O'Clock / RIGHTS OF THE ACCUSED: I came to Dance / Mean People Suck / Yo, Yo, Yo / BIG BLACK: Big Payback / Hunter's Safety / the EFFIGIES: Security (remix)

The Bollweevils/88 Fingers Louie did a split with a cover version of Bodybag.

Before Robert McNaughton joined the reformed Effigies, he contributed to the soundtrack for Henry: Portrait of a Serial Killer.

Are there any more records floating around out there? 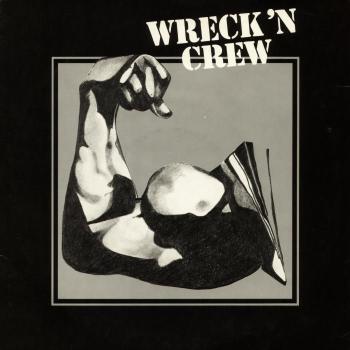 Give 'Em A Fight // Radioactive Love

In the late seventies, while the rest of the Effigies were stuck in the Corrosives, Earl Letiecq, AKA Oil Slick, was in this raging, ripping, destructo-melodic punk band in Cortland, New York. Both sides of this single were co-written by him, and he contributes some incindiary guitar work. This is absolutely essential. Eventually Earl fled cold 'n dreary upstate NY for cold 'n dreary Chicago, where he bumped into a bunch of ex-Corrosives and decided to form a band with them. 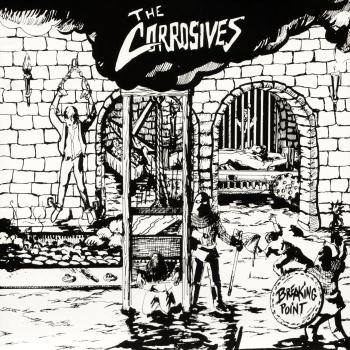 Breaking Point // Living on the Edge of Time

Back in 1979 the Corrosives were Norman Vorne - vocals / John Kezdy - guitar / Paul Zamost - bass / Steve Economou - drums. Everyone quit except Norman, who recruited new musicians and soldiered on, finally releasing this record in October of '82. It's a true DIY production--the band boast about recording it themselves on a TEAC A-3340-S 4 Track.

The A side is an okay, kinda speedy punk tune with some metallic soloing. The B is pretty much straight-up metal, but without the chops to really pull it off. In spite of that this is a pretty cool record. Play it at 33 RPM it morphs into dirgey, crazy, Flipper-inflected doom metal. Sure, that's not what it's supposed to be, but it sounds really brutal that way. It's a real Jekyll and Hyde situation. Seriously, try it and see.