The Thrash Tour, along with Husker Du's Children's Crusade Tour (which started one day later), was a trailblazing expeditions. The Fix and Husker Du showed that it could be done, and dozens of midwestern bands followed in their footsteps.

This itenerary was scrawled on a flyer that made it into the one and only Fix press kit. 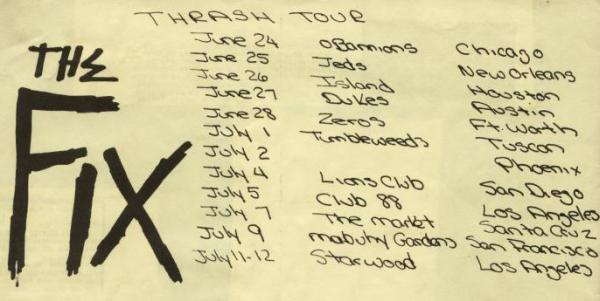 The relevent pages from the Fix ledger, courtesy Steve Miller. 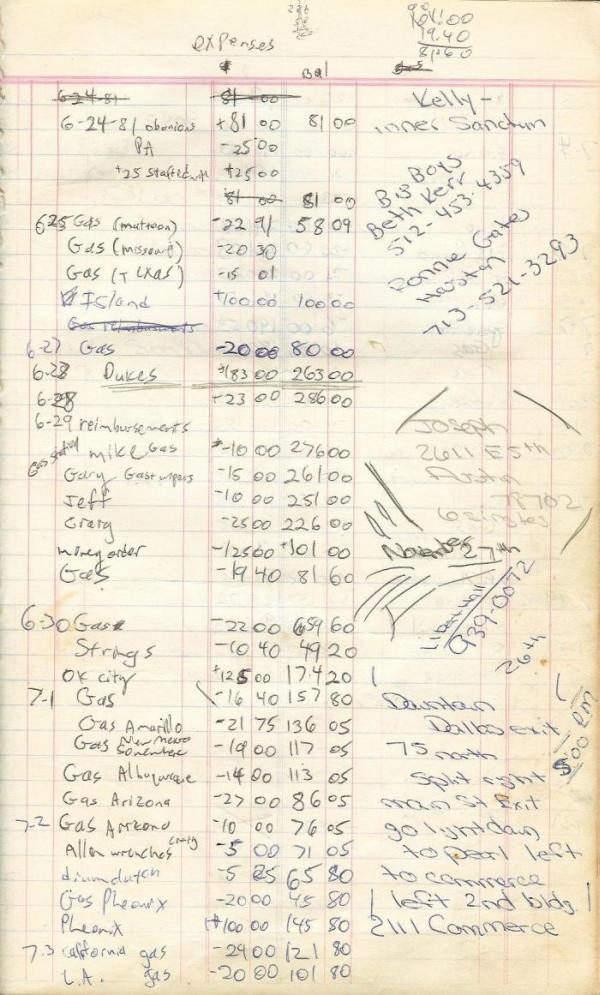 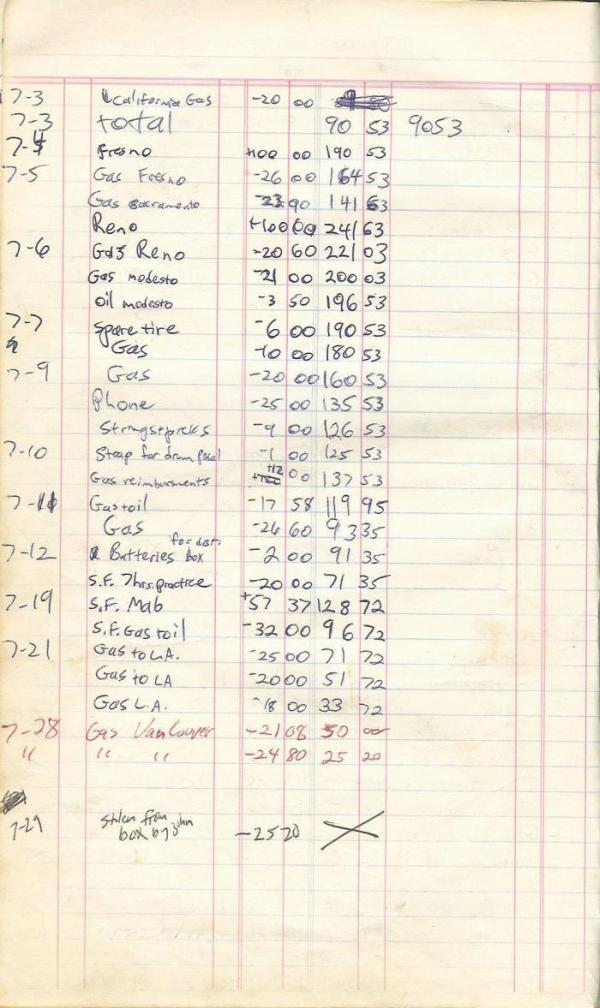